Referring to a text by Sister Anne in the United States, we present to you this discovery by Father Ciro Avella. (Provincial Archives of the Congregation of Pagani in Italy)
We are sorry for the mistakes in English because it is a translation of a page from the site of the Redemtorists in Italy.

Here is the text:

The Redemptorist Provincial Archive of Pagani could be linked to a very interesting discovery. – “We have found garments with drawings and stains that represent probably a kind of blood writing. After various researches, we have discovered that they could have belonged to the visionary of the apparitions of La Salette, in France, in 1846, Mélanie Calvat”- informs Fr. Antonio Pupo, C.Ss.R, director of the archive.

It is good to remember that the apparitions of the Blessed Virgin at La Salette have been officially recognised by the Church, as have the first messages revealed by the two little visionaries. On the other hand, in the various biographies of the visionary Mélanie Calvat, there is no mention of mystical phenomena. However, St Hannibal M. Di Francia mentions them in one of his testimonies. This discovery, therefore, could be important for a re-reading of the controversial story of this visionary, who, among other things, had some Redemptorist fathers of the time as confessors.

In the following article, Prof. Giovanni Pepe, who is a collaborator of the Provincial Archives of Pagani, presents a brief biography of the visionary of La Salette and describes how this unexpected discovery came about. 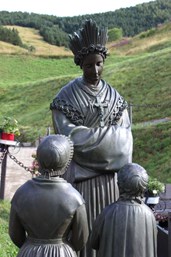 On Saturday 19 September 1846, at three o’clock in the afternoon, on a mountain near the village of La Salette-Fallavaux, a very small village (today it has just 73 inhabitants) in the Isère department in France, Our Lady appeared to two shepherd children: Mélanie Calvat, 15 years old, and Maxim Giraud, 11. After five years of investigation, the Church recognised the apparition as true and the event became the cornerstone of the subsequent apparitions of Lourdes and Fatima.

The event caused such a stir in the 19th century that several churches and shrines around the world are dedicated to the Virgin of La Salette.

The story of Mélanie Calvat, one of the two visionaries, was quite tormented in the following years. After the apparition, the girl was placed in the Convent of the Sisters of Providence in Corenc, near Grenoble. Oppressed by the French Church, she moved to the Carmel of Darlington in England in 1855. In 1860 she entered the Congregation of the Sisters of Compassion in Marseilles. She was sent, together with a companion, to the convent of Kefalonia to open an orphanage. She returned to Marseilles in 1864. Three years later, Mélanie, who had not been admitted to profession, moved to Castellammare di Stabia, in the province of Naples, where she was received by Mgr Francesco Petagna, Bishop of that diocese. She lived in Stabia for 17 years. In 1892, she left the town to move to Galatina, where she stayed for five years. Here she met Canon Annibale Maria di Francia, who convinced her to move to Messina and entrusted her with the direction of the formation of the Sisters of Divine Zeal. As agreed with the future saint, she left the Sicilian city the following year and returned to France. Determined, however, to leave her homeland for good, she asked for help from one of her confessors, the Redemptorist Father Alfonso Fusco, nephew of the more famous Raffaele and Emanuele Fusco. The Rector of the Sanctuary of Pompeii, the Dominican Father Carlo Cecchini, was asked for help. The Dominican Father Carlo Cecchini, who in the meantime had been appointed Bishop of Altamura, invited her to move to the Apulian city. Here, Melanie lived in complete anonymity until her death on 14th December 1904.

St Hannibal Mary of France tried to have a regular canonical process for Melanie’s beatification opened, but everything came to a standstill after her death in 1927.

A few years ago, Father Ciro Avella found in the provincial archives of the Congregation in Pagani (SA), a box containing women’s clothing with imprinted figures and sacred symbols. Not knowing who they belonged to and why they were kept there, and aware that there was a risk that they would be lost, he took them to Ciorani (SA) while waiting to find out what they were. Intrigued, for several years I studied the photos I had taken of them, and finally last December, in collaboration with the head of the provincial archives, Fr Antonio Pupo, we brought them back to Pagani, where they were properly catalogued. There are about forty artefacts with images imprinted on them which, on a cursory investigation, appear to be hemographs [a neologism to indicate the spontaneous and mysterious appearance of blood writing, i.e. sentences (but also drawings)].

By chance, while studying, in the archives, a manuscript of the Redemptorist Father Salvatore Schiavone containing a short biography of the Redemptorist Father Vincenzo Venditti (1819-1898), I read a sentence that made me rejoice and clarified the origin of the mysterious garments: “[Venditti] was the confessor of the Servant of God Melania, and had the burnt shirts of that one with the image of the Souls in Purgatory”.

We hope that such important finds will not fall into oblivion again, knowing that they can contribute to a rewriting of the tormented story of the shepherdess of La Salette.

(The original text in Italian)

Very good video to listen to for the difficult times we are currently living. The Flame of Love Movement should take this video as a reference and use it as a tool to help people understand the present times.

We invite you to listen to it. Thus, we will be able to better understand why the Virgin Mary gives us the Flame of Love as an extraordinary weapon for the blindness of Satan. This weapon against Hell becomes a necessary instrument for all the Movements of the Virgin Mary in the world. All must use it, put it into practice. It is not just a devotion, as some claim, but an essential weapon against the Master of Falsehood's blindness. We see what powers of destruction he has access to now. And it is with the Flame of Love that our Mother will use to chain him so that he can no longer harm humans.

Exceptional video by "fortiter non trepide". We thank her for creating this video of the reading of the messages from La Salette.

Here is the link to her site: https://www.youtube.com/c/fortiternontrepideJMJ

Here are the clothes in question
in the left text 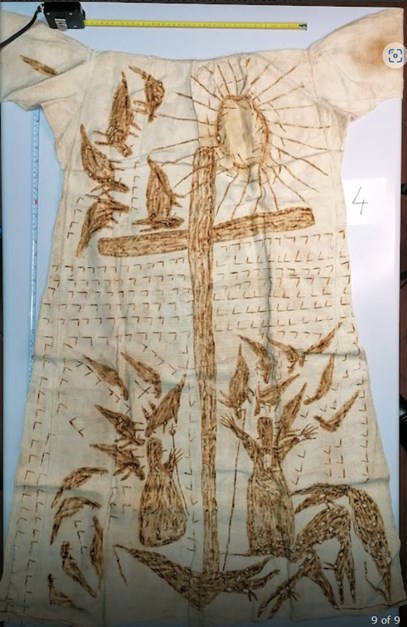 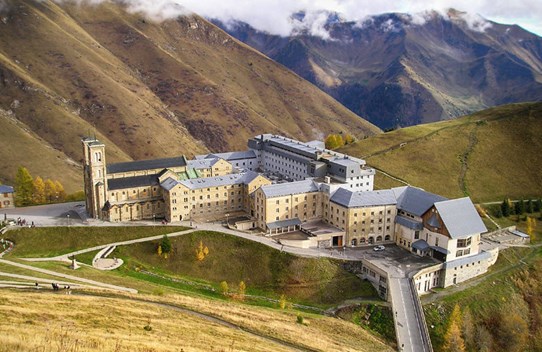 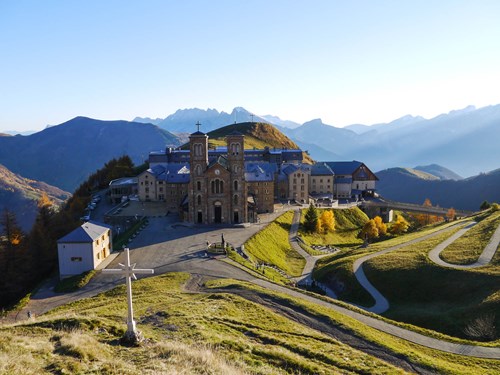 Feast of the Flame of Love / February 2